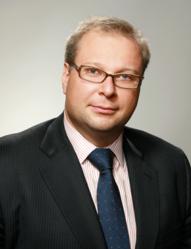 Drew G. L. Chapman, a partner who leads the Alternative Investment Group at Cadwalader, Wickersham & Taft LLP, will be moderating a panel at the 17th Annual Global Hedge Fund Summit to be held in Bermuda, May 1-3, 2011. The conference will focus on what the future holds for the hedge fund industry. Mr. Chapman will lead a discussion entitled: Hedge Fund M&A: Where Do We Stand Now?

Mr. Chapmans practice focuses on the alternative investment, asset management, and financial services industries, to which he brings broad transactional, structuring and fund formation experience. He counsels clients on crucial and complex policy, governance and regulatory issues, investigations, litigation and adversarial situations, and on transactions of all types, including mergers, acquisitions, dispositions, spin offs and spin outs, secondary transactions and restructurings. His clients include some of the world’s most prominent financial institutions, hedge funds, private equity funds, broker-dealers, asset management firms and sovereign wealth funds.

Vermont licensed 7 new captives in the first quarter of 2011 which is the strongest start since 2005, according to the Department of Banking, Insurance, Securities and Health Care Administration (BISHCA). The 7 new captives consisted of 4 single-parent, 2 risk retention groups and a special purpose captive.

It is encouraging to see this strong start to 2011, said Governor Peter Shumlin. We will continue to work with the legislature to be responsive to industry needs. Vermont is committed to maintaining its Gold Standard reputation.

Vermont has current captive insurance legislation, H.438, which has passed the House of Representatives and has moved on to the Senate. The proposed legislation will allow for the formation of incorporated protected cell companies and expand its cell legislation, providing more options for companies interested in that structure.

Vermont continues to see an increasing number of smaller and mid-sized companies exploring the captive insurance option, said Dan Towle, Director of Financial Services. This trend exemplifies how Vermont provides a good fit for companies of all sizes. Half of Vermonts captives write less than $ 5 million in gross written premium annually.

Diamond Resorts Corporation (the “Corporation”) will host a conference call for holders of its Senior Secured Notes on Wednesday, April 27, 2011, at 6:00 p.m. EST for the purpose of discussing the Corporation’s pending securitization transaction, the details of the recently confirmed Plan of Reorganization of Tempus Resorts International and how it will impact Tempus Acquisition, LLC (an affiliate of Diamond Resorts International 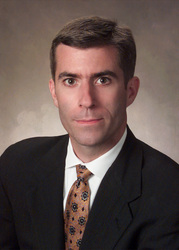 Just as the commercial real estate market finally appears to be on the road to recovery, the recent surge in interest-only loans is causing muted concern that borrowers and lenders are careening in a perilous and all-too-familiar direction. According to Trending Toward the Cliff, the latest podcast produced by John B. Levy & Company (available online at http://www.jblevyco.com), more than a few market watchers blamed interest-only loans for the current financial state, and the first quarter of 2011 shows that these loans are once again in high demand.

Interest-only loans are back, says Andy Little, principal at John B. Levy & Company, and theyre back in a big way. A full 24 percent of the loans that were securitized in the first quarter of 2011 through conduit lenders were structured with some sort of interest-only period. What makes this so curious, according to Little, is that a lot of people were convinced that the real estate finance car wrecked and rolled off the cliff because of these types of loans. And yet here we go again.

Despite any concern caused by a heavier weighting of interest-only loans, other trends in the CMBS world have emerged that are sending positive signals about the health of the commercial real estate market. The first trend is pricing, which has been reined in significantly over the past six months. A second trend is the inching up of leverage.

Pricing has come in quite a bit, says Little. Conduits pull together loans and then sell them as bonds, and what weve seen recently is encouraging. Triple A bond yields are trading down. Bonds trading in the 140 range from four to six months ago are now in the 125 range, even trading as low as 100 just over a month ago. Were seeing the same kind of trend with Triple B bonds a 400 range in October is 300 today.

Leverage, meanwhile, is creeping up as more money enters the market via conduits. During the last three quarters of 2010, leverage as measured by the rating agencies – averaged about 79 percent. Today, with about $ 8 billion securitized in the first quarter, loan-to-value is about 89 percent. According to Little, this does not mean that borrowers will necessarily get a loan-to-value of 89 percent, but it does reflect a positive trend. Money is available, and it is coming into the market.

The outlook for multifamily housing is somewhat tricky, says Little, because its tied to Fannie Mae and Freddie Mac . . . or, simply put, the government. Fannie and Freddie are going to be shrinking over the next three to five years, and that has implications for multifamily borrowers. But theres good news in this trend, adds Little. From what weve seen in first quarter 2011, life insurance companies are ready to lend and their pricing is more aggressive than Fannie and Freddie. The impact of this on the single-family market is another matter.

Where are rates heading? thats the million-dollar question, says Little. While we dont have a crystal ball to look into the future, we do have the yield curve ball, and heres what were seeing. The yield curve is very steep right now, and its been that way for the past six to nine months. A steep yield curve tells us that rates are going to be moving upward.

John B. Levy & Company, Inc. is a real estate investment-banking firm headquartered in Richmond, Virginia. Since John Levy founded the company in 1995, the firm has structured over $ 3.5 billion in financing for developers and owners of commercial and multi-family projects nationwide, often investing its own proprietary funds into transactions with its clients.

For more information about John B. Levy & Company, please visit our website at http://www.jblevyco.com or call Andrew Little at 804-644-2000, extension 260. You can also follow us on Twitter at http://www.twitter.com/jblevyco and become a fan on Facebook.