News sites such as Propublica.org are weighing in on the suit. The suit is remarkable not only because it seems unique — close observers said they hadn’t seen another example of a servicer going to court against a trustee — but also because it lays bare a relationship that is usually a mystery to homeowners and investors in securitized mortgages, said Propublica.org representatives.

Philip Kramer, an attorney and senior partner at the law firm of Kramer & Kaslow as well as a past president of the Los Angeles West Inns of Court, a national organization dedicated to bringing professionalism and civility back into the legal profession also weighed in on the suit. In all my years of practicing law, I have never seen anything like this, says Philip Kramer. I have seen lenders deny people before. I have seen paperwork get lost. I have seen all kinds of things, but what happened next was a first even for me. For a servicer to sue the noteholder? That is unheard of!

PHILIP A. KRAMER is the senior partner of the Law Office of Kramer & Kaslow, in Calabasas, California. Kramer & Kaslow is Martindale Hubbell AV rated. Mr. Kramer is a perennial recipient of the prestigious Southern California Super Lawyer award.

Mr. Kramer received his undergraduate degree from Ohio State University and his Juris Doctorate from the Catholic University of America, in Washington, DC. His practice emphasizes commercial litigation and trial advocacy, with a concentration on business litigation, and real property matters. He has prosecuted and defended cases for over twenty five years.

Mr. Kramer is admitted to practice before all courts in the State of California, the United States Supreme Court and the United States Court of Military Appeals. Mr. Kramer has tried in excess of 200 cases. He has appeared on nationally televised programs regarding pre-trial procedure and trial strategy and has appeared as a guest lecturer on topics ranging from constitutional law to trial practice, and Mr. Kramer frequently lectures on a broad spectrum of various legal and business issues.

Mr. Kramer also serves as a Judge Pro Tem for the Los Angeles Superior Court and as a Mediator.

Mr. Kramer is also a past president of the Los Angeles West Inns of Court, a national organization dedicated to bringing professionalism and civility back into the legal profession. He also serves on numerous Boards of Directors and serves as an officer in many companies. For more information call (818) 224-3900 or visit http://kramer-kaslow.com 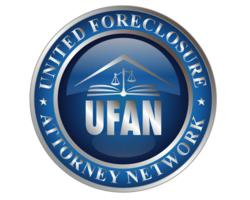 On Tuesday October 18, 2011, United Foreclosure Attorney Network (UFAN) filed suit in Superior Court in Martinez, CA (case number C-11-02390) on behalf of numerous homeowners against JP Morgan Chase and others alleged by Plaintiffs to be involved in a scheme to defraud and otherwise take advantage of investors and borrowers.

The complaint details how the lending practices of JP Morgan Chase led directly to Plaintiffs being placed in harmful and predatory loans. After a loosening of lending restrictions in the 1980s, banks like JP Morgan Chase began originating exotic non-prime mortgages with adjustable interest rates. These risky loans were often securitized into mortgage backed securities and sold to investors. Because a bank could quickly recoup amounts spent issuing mortgages by the sale of these residential mortgage backed securities (RMBS), banks incentivized mortgage brokers to participate in the scheme with high fees for origination. According to the filing, these fee incentives encouraged complete disregard for underwriting standards which were used to lure borrowers into highly predatory loans they could not afford.

The complaint alleges that Plaintiffs relied on statements made by JP Morgan Chase employees and mortgage brokers when they accepted bad loans. Plaintiffs were often told that they would be able to afford high loan amounts and were promised the ability to refinance at a later date. It is alleged that in some instances, loan officers blatantly lied to Plaintiffs about the quality of the loans they were receiving. The complaint alleges that Chase not only knew about these broker practices, but encouraged and incentivized them. A Chase internal memo states, If you do not get Stated/Stated, try resubmitting with slightly higher income. Inch it up $ 500 to see if you can get the findings you want. Do the same for assets.

Similarly, the complaint alleges that appraisers were encouraged to inflate property values in order to give borrowers higher loan amounts. The higher the loan amount, the more money JP Morgan Chase was able to make on the sale of the loan. It is argued that the bank incentivized appraisers to falsify property valuations in order to secure a higher loan to sell to investors. The complaint alleges that Plaintiffs borrowed excessively in reliance on inflated appraisals and other statements.

Plaintiffs also argue that because of the sale of their loans, they did not receive the benefit of the contract for which they bargained. Plaintiffs, believing they would be placed into a mortgage with a traditional Lender/Borrower relationship, later found that they did not have a lender with whom they could deal. Servicers are not at liberty to make changes to contracts when circumstances are unforeseeably changed. Furthermore, loan servers have an incentive to foreclose whereas a lender has the incentive to modify a loan if it would be more profitable in the long run. Had many homeowners had a lender with whom to deal, they could have restructured the mortgage for a more desirable result for both parties. The complaint details how many Plaintiffs diligently sought modification of their loans but were denied simply because the servicer had no authority to grant a modification.