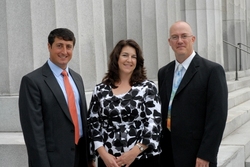 After a strong 2010 with the licensing of its 900th captive insurance company, the State of Vermont is proposing changes to the Captive Insurance law in the legislature as part of its annual enhancements to its captive statute, according to the Department of Banking, Insurance, Securities and Health Care Administration (BISHCA).

“It is critical that we are responsive to the industry, said Governor Peter Shumlin. Since 1981, when Vermont became a domicile, Governors and Legislatures have united in keeping us the gold standard for regulation of this industry and these proposals are in keeping with that tradition, he added.

Another component of the legislation will expand the potential types of companies that may be sponsors of cell structures. This change will address the perceived restrictions regarding whom may be a cell owner and will reinforce that the insurance commissioner will have full discretion in deciding who may be a sponsor, said Dan Towle, Vermonts Director of Financial Services.

Another change has been proposed to create greater flexibility within cell structures. This change will eliminate the current restrictions on cell business. Business written by a sponsored captive will no longer be required to have it be fronted, reinsured or secured by a trust. This requirement will now be at the discretion of the commissioner.

“Vermont will continue to license quality companies that may be sponsors of cell structures. Any company that continues to meet our regulatory standards may be a sponsor and companies will now have greater flexibility in their structures and their ownership, said Provost. Vermont currently has 18 sponsored cell captives with approximately 100 individual cells.

Legislation passed by the 2011 session of the Vermont Legislature and signed into law by Governor Peter Shumlin expands Vermonts captive laws, to include allowing cells within a sponsored cell captive to be formed as incorporated protected cells. The bill was signed into law before a group of industry supporters on May 11.

This bill is testimony to our commitment to keep pace with the changing needs of this industry, said Governor Peter Shumlin. I commend the Legislature for their hard work and commitment to keeping Vermont the gold standard for captive domiciles.

Another change in the new captive insurance law creates greater flexibility within cell structures on business written by a sponsored captive and who can own a sponsored captive. These updates will allow more companies to domicile in Vermont and utilize the option of having incorporated cells. This is accomplished without limiting any rights or protections afforded by cells created by contract, said David Provost, Deputy Commissioner of Vermonts Captive Insurance Division.

Cell owners will now have more options, said Dan Towle, Director of Financial Services. Vermont will continue to license quality companies that may be sponsors of cell structures as long as they meet our regulatory requirements. The new law offers greater flexibility in their structures and ownership. Vermont currently has 18 sponsored cell captives with over 100 individual cells.

The bill also makes permanent the elimination of the first year minimum tax of $ 7,500 for newly licensed captives. It was a way for the Legislature and Governor to say thank you to an industry that has been so beneficial to Vermont, said Richard Smith, President of the Vermont Captive Insurance Association (VCIA). The VCIA was a strong supporter of this legislation and was a partner with the State in its passage.

After a strong 2010 with the licensing of its 900th captive insurance company, the State of Vermont enacted these changes to the Captive Insurance law in the Legislature as part of its annual enhancements to its captive statute, according to the Department of Banking, Insurance, Securities and Health Care Administration (BISHCA).

Vermont is off to its strongest start in years with nine captives licensed thus far with five applications in progress. Vermont is the largest captive insurance domicile in the U.S. and the third largest in the world, with $ 25 billion in gross written premium in 2010. Vermont is also home to captives formed by 42 of the companies that make up the Fortune 100, and 18 of the companies that make up the Dow 30 have Vermont captives.

Get to Know Captive Insurance

A sponsored captive is a structure created by a sponsor (typically an insurance company or other financial institution) to house individual insurance arrangements called cells. Each cell is created by the insured party, who is usually a customer of the sponsor, to insure its own risk. Such programs are ideal for insured who want to explore the use of a captive without starting their own or to address a short-term insurance issue (captives are considered long-term solutions to long-term issues). In many cases, they serve as incubator space for new captive insurance companies, as the cell owner discovers the benefits of creating their own captive.