QuinStreet, Inc. CEO, Doug Valenti, was a featured speaker on the State of the Industry panel at LeadsCon 2009 in Las Vegas on May 4. Valenti offered a valuable perspective into the online lead generation industry. At the helm of the industry’s leading performance marketing and media firm for the past decade, Valenti has a deep understanding of trends in online marketing.

“No business is completely immune from the current economic climate, and there are many segments of online marketing that are negatively affected by current economic weakness,” Valenti said. “But, performance marketing on the Internet is one of very few industries continuing to grow overall. Looking to the future, we see a cause for continued optimism and a long term growth chart that is very much up and to the right.”

Valenti projects potential winners in the months ahead, predicting companies with heavy reliance on media for customer acquisition, such as NetFlix, are likely to capitalize on declining display ad rates. Other businesses likely to succeed in online marketing are companies whose value proposition is based upon saving consumers money.

“We are seeing a lot of shopping online for cost savings on essential products and services,” Valenti said. “It’s not a surprise that coupon sites have achieved revenue increases approaching 40 percent this year.”

Other categories of business likely to grow in the current market are non-discretionary products and/or services. Medical and health related products and services are holding up very well in online marketing campaigns, Valenti noted.

“Purchases that require consumers to access bank credit or home equity are facing particular challenges at this time due to tightened credit and reduced home equity values,” Valenti said. “Many remodeling and home improvement projects are scaled back due to financing constraints.”

Bank related offerings, such as credit cards and mortgages, are unlikely to see significant growth in the near-term due to problems with their balance sheets and with securitization markets. Banks with strong balance sheets may succeed in attracting new customers, particularly for refinancing, Valenti noted.

QuinStreet, Inc. has been the leader in performance marketing and media online since 1999, consistently delivering the right leads at the right volume to thousands of industry-leading clients. 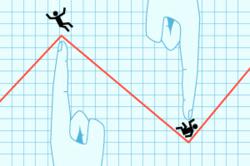 Do economists need a code of ethics? Its not a question often asked about the 2008 financial crisis and great recession that followedespecially when compared to questions about mortgage securitization, monetary policy, and risk. But should it be?

Martha Starr, editor of the new book Consequences of Economic Downturn: Beyond the Usual Economics (Palgrave Macmillan, 2011), says yes, and that we should be asking more questions like it.

The book, a collection of essays by numerous economists, explores the economists-and-ethics question as well as other questions examining the ethical, social, political, cultural, and educational factors behind the crisis and recession.

We need to consider these other issues if we hope to prevent crises and downturns like this in the future, said Starr, an associate professor of economics at American University and a former Federal Reserve economist.

After the crisis hit, numerous people have asked why, despite all the warning signs building up to the crisis, did influential economic policymakers fail to act? Starr says one contributing reason could be that economists have no code of conduct or ethical guidelines ensuring that they use their professional skills in the public interest.

Unlike almost any other academic professionstatisticians, mathematicians, physicists, sociologists, you name iteconomists have always opposed adopting an ethical code outlining how they should act, Starr said.

The result? Little or no compulsion to spot and thwart developments leading up to the crisis (such as the housing price bubble, rise of subprime lending, and proliferation of collateralized debt obligations) that could (and did) spiral out of control and cause great distress for people ill prepared to withstand prolonged economic and financial distressparticularly the economically disadvantaged and the average working American.

So, why dont economists have a code of conduct or ethical oath? The author of the books essay on this subject, George DeMartino of the University of Denver, says such a code would oversimplify the complex ethical situations that economists face. Instead, he suggests a field of professional economic ethicssimilar to the field of medical ethicsto study how economists should address explicit problems that arise in their profession. Starr herself disagrees and thinks economists need clearly spelled out guidelines to help them steer away from ethically problematic situations.

A well-written code could make people think hard before, for instance, accepting $ 135,000 in speakers fees from an investment bank, then giving that investment bank privileged access to the White House, said Starr, referring to Goldman Sachs paying that sum in 2008 to then-top White House economic adviser Lawrence Summers.

The Privilege of Power: Shifting Risk While Reaping Rewards

Another essay in the book focuses on why the too big to fail organizations took on such outrageously risky investments in the first place. Of course, risky investments present the greatest opportunities for high returns. But the reward is supposed to be tied to the risk. The risks are supposed to pay a premium to make up for the uncertainty in future earnings.

But Starr says in contemporary American capitalism, risk and reward effectively have been divorcedespecially for the powerful.

Numerous laws, practices, policies, and institutions enable the wealthy and powerful to push risks off themselves and onto othersespecially the unsuspecting taxpayer, Starr said.

Take the concept limited liability, which dictates that an investor cannot lose more than he or she invested in a venture. While it was designed to foster new business creation by shielding investors from losing the shirts off their backs if a venture fails, it also creates a screen behind which people can save returns while they are accumulating. If things turn sour, investors get to keep the returns they earned and saved when things were going well.

With the financial crisis, financial executives could keep the outsized earnings they accumulated during the boom years through subprime lending and mortgage backed-securities, but after the bubble burst, the governments Troubled Asset Relief Program shifted the risks onto Joe and Jane Taxpayer.

Not only had the average American not agreed to take on these risks and had not benefited from the outsized gains, but they also bore most of the costs of the downturn through lost jobs, homes, home equity, and retirement savings, Starr said.

The Critically Important Role of the Average American

Other essays in the book explore different issues pertaining to average Americans, such as the pressure we place on ourselves to keep up with the Joneses and whether the recession really impacted men moreor just differently than it did women.

Starr says she hopes the book sheds light on how the crisis and recession affected the average American, whose role in the U.S. economy is critically important.

Consumer spending accounts for about 70 percent of domestic economic activity, Starr pointed out. When average Americans are out of work, have lost their homes and or their savings, they have little if anything to spend and help support the economy.

American University is a leader in global education, enrolling a diverse student body from throughout the United States and nearly 140 countries. Located in Washington, D.C., the university provides opportunities for academic excellence, public service, and internships in the nations capital and around the world.

AmStar Litigation Assistance announced today its subsequent CLE-accredited seminar to arrive to Chicago. Titled “Foreclosure Defense — Economic downturn Proof Your Exercise,” the course will be beneficial to litigators, in-house counsel, foreclosures defense attorneys, paralegals and mediators. This one particular-day CLE seminar will be offered at the Chicago Bar Affiliation on Tuesday, November 3 from 8:00 a.m. to five:00 p.m.

Created to offer attorneys with fundamental expertise and assets in Foreclosures Defense legislation, this seminar aims to supply them the details they need to construct a effective practice. Matters of the seminar will incorporate Ethics, Securitization, Pleading and Procedure, Substantive Mortgage Mortgage Regulation, Loan Auditing and far more.

“Foreclosure Defense — Recession Evidence Your Exercise” is approved by the Illinois Bar for six.twenty five hrs of CLE credit, including .five several hours of ethics. Participants are invited to show up at a complimentary identical-day luncheon on “How to Build a Profitable Foreclosure Defense Apply.”

To sign-up or learn far more information about attending the seminar, check out http://www.AmStarLitigation.com/CLE or get in touch with&#13

AmStar is a leading service provider of legal assistance providers for modest and mid-measurement legislation firms that follow Foreclosures Defense, Personal bankruptcy and other regions of Customer Legislation. Our services include due diligence, credit history counseling, doc selection, petition preparing, and advertising and marketing. For a lot more data, you should visit http://www.AmStarLitigation.com or phone one-877-550-5878.