The National Mortgage Complaint Center says, “as we enter 2011 we have a lot of really serious concerns related to US homeowners, consumers wishing to purchase a home, and accountability for what got us into this mess in the first place. Things have not improved, and if not the homeowners-the taxpayers should be steamed.” They say, “what concerns us is Federal, or State Law Enforcement are doing little, to nothing about mortgage refinance scam artists, or foreclosure scam artists offering access to interest rates that do not exist, and or foreclosure programs, that require money up front-for nothing.” They say, “what do state, or federal regulators, who are supposed to be protecting consumers, do all day long? They sure and the hell are not doing much to regulate all of this nonsense, and we think all US homeowners, and or taxpayers better wise up. One way, or another you are all paying for this baloney, and will be for as long as you live.” http://NationalMortgageComplaintCenter.com

Refinancing: The National Mortgage Complaint Center says, “we think now would be a very smart time to refinance, because we think the realities of the Middle East meltdown mean much higher oil prices, inflation, and interest rates. Even if the US stock market has a meltdown-we think rates are going up-not down–because a Middle East meltdown probably means higher oil prices, and inflation.” They say, “if you see some advertisement for a 3% mortgage-its not a 30 year fixed product, we consider it to be false advertising, and its high time federal, or state regulatory agencies shut these firms down for false, or misleading advertising.” http://NationalMortgageComplaintCenter.com

Foreclosures: The National Mortgage Complaint Center says, “in 2011 we will see a record, or close to a record number of foreclosures. We expect an additional price decline of about 10% nationwide. The true national unemployment rate is north of 15%. Add in the Middle East meltdown, and 2011 is starting to look like a train wreck.” They say, “and no–if someone has not made their mortgage payment for a year, or more-why should it be the taxpayers responsibility to bail them out?” However, the National Mortgage Complaint Center says, “there is one exception to this not paying your mortgage payment. In this instance, it applies to 10,000’s of US homeowners stuck in a home with toxic Chinese drywall in the US Southeast. Haven’t heard about toxic Chinese drywall? Well there is a good reason why most US citizens have not yet heard about the toxic Chinese drywall disaster–President Obama has forgotten to mention it one time in public since taking office. Not to worry-we think its in all 50 states-so everyone will know about it one of these days.” They say, “toxic Chinese drywall is the absolute worst environmental disaster to ever impact US homeowners, and here’s the good part—–US banks stuck with a toxic Chinese drywall foreclosures in places like Florida–are simply reselling these toxic homes-As Is-no mention of the fact the home could be lethal to the homeowner, or their children-so the house just becomes a foreclosure all over again.” For more information on the toxic Chinese drywall disaster please visit the Chinese Drywall Complaint Center at http://ChineseDrywallComplaintCenter.com.

On The Topic Of Greedy Banks Investment Bankers & Accountability: The National Mortgage Complaint Center says, “in case you missed it, all of the big time Wall Street investment bankers, banks, international finance people had a big party in Switzerland last week. Apparently they all had a really good 2010. There is one slight problem, we think the US taxpayer picked up the bar tab.” They say, “back in 2006-even 2007, US securities rating agencies were giving questionable Alt A mortgages a triple A rating, just so foolish pension funds would buy these soon to be greatly discounted, or worthless securitized mortgages.” The group says, “the same people/firms at the free bar in Switzerland last week, were telling investors, and the US consumers, the US real estate party would go on forever back in 2006, and even 2007. They were all lying through their teeth, and now the US taxpayer gets stuck with trillions? We say its time for indictments!” http://NationalMortgageComplaintCenter.com 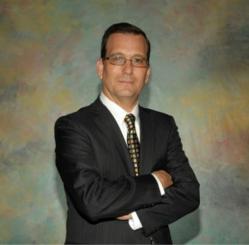 With the White Property searching for community enter on President Obamas proposal for expanded refinancing on property mortgages, genuine estate attorney and legal commentator Roy Oppenheim urges him to be daring and find out even further reform.

In a open letter posted on Oppenheim Laws South Florida Regulation Website, Oppenheim calls the Presidents current press to let far more underwater property owners to take gain of todays reduced house loan costs a step in the appropriate route, despite the fact that one particular that must have occur significantly before in Obamas initial expression.

For once, the president is pushing a bailout that helps every person, not just the banks, states Oppenheim, Thats a optimistic sign, but this laws still fails to offer with the root result in of the housing collapse.

Even now Oppenheim calls the Presidents focus on the majority of underwater property owners who are nonetheless spending their home loans critical, expressing they are typically still left guiding in the governments efforts to support folks on the brink of foreclosure.

These homeowners have been played for suckers, their only reward for striving to do the right point has been unconscionable fascination costs, Oppenheim explains.

The Presidents press to simplicity refinancing limits for all home owners, not just people who have financial loans backed by Fannie Mae and Freddie Mac can do tremendous excellent, he adds, but it nonetheless does not offer you them considerable principal reduction.

I suspect several will consider the placement that they dont want to refinance if their houses are so much underwater, Oppenheim says.

And the bottom line, in accordance to the co-founder of Oppenheim Legislation, is if the banks have been not too massive to fail and too large to jail, that these kinds of legislation would not be needed.

You nonetheless have 5 large banking companies managing over half of the countrys banking belongings, and they have no incentive to compete for your company, Oppenheim adds, As extended as youre dealing with securitized trusts, Im not positive how the authorities will have the authority to get loans modified.

In his open letter, Oppenheim goes on to say if the President is genuinely hunting out for the home owners rather of the banking institutions and their bondholders, then he need to length the United States authorities from the financial institutions on Wall Street.

Capitol Hill now resembles some kind of human centipede of its personal creation. We nonetheless cant explain to the big difference in between the government, the personal sector, the Federal Reserve and the financial institutions.

So Oppenheim is urging the President to be bold and put the excess weight of his business office behind breaking up the countrys greatest financial institutions.

If the banking institutions have been scaled-down, they would have to offer you refinancing on their very own as a way to keep competitive, Oppenheim claims, If the President want to get back some of the have confidence in he has missing in this place, than reducing down the excessive girth of these humongous institutions must be his prime precedence.

Oppenheim appreciates that the President is even attempting to do one thing about the housing disaster, simply because he feels Mitt Romney and his Republican challengers failed to adequately handle the problem during their campaigns.

When the GOP candidates campaigned below in Florida, they refused to supply any kind of resolution past permitting the market place to appropriate alone, Oppenheim adds, I respect the President for at the very least striving to do anything.

All Oppenheim wants to see is accountability and obligation, both in the govt and at the banking companies.

As an alternative of encouraging the banks to contend, make competitors a necessity, he concludes.